For the years I’ve been working on OpenXcom, I’ve gotten a lot of feature requests. A lot. I don’t personally comment on everything, for obvious reasons, but trust me, I do make a note of it for future reference. Oh yes, I know all about your suggestions to have an X-Com which starts in a more realistic date and can take place in different planets where the regional map actually changes over time maybe it actually takes place in a fantasy or steampunk or cyberpunk setting and is combined with TFTD simultaneously where you can automatically intercept UFOs in groups based on the lowest craft denominator and you could plot advanced flight paths or even have a more advanced interception minigame and you can have predefined equipment layouts automatically assigned based on a soldier’s stats that you can pick out of a pool or hire mercenaries with better stats but higher cost and they can have various different races and different weapon skills and keep various detailed stats for the memorial room while they’re not getting advanced training and medical attention in specialized facilities and also should be able to melee and use chainsaws and shotguns and flamethrowers and scientists and engineers should be distinct and also a research tree and more advanced bonuses for interrogating aliens and details on research progress as well as auto-sell and crafts should be able to bomb sites on command for a score penalty or the damage the craft does should affect the resulting crew when you go down attacking the site where you should get to pick where your craft lands and there should be advanced lighting and destruction physics which actually cause damage based on the impact and the bullets should be more realistic and penetrate different kinds of terrain or ricochet and have a noise and smell detection system to help track down the last alien that should run towards you after a while and being able to target different body parts and attach to cover for increased defense which they can climb over with grappling hooks while psi attacks should be limited to direct line of sight and you should be able to control all the alien’s abilities and make them your own but only if you specificaly mind control them in these exact circumstances while civilians should be able to fight back and there should be various factions fighting against/for you which you have to please and you actually get penalized by the country and they all serve different interests but you can do missions to get them on your side and everything should be chryssalids and the interface should be flexible for all resolutions but also resize and use a variety of scalers and stay true to the old original or a new modern look while making everything fully customizable through a fully fixed layout and also featuring tooltips and a built-in tutorial and syncing all your settings on the cloud and importing original saves and the rendering engine should support 2D and 3D with 8-bit and 24-bpp while using all the latest new OpenGL features and still support old hardware and it should have multiplayer co-op and competitive with dedicated servers but I actually only like to play in hotseat and you should be able to get drop-in help from various players with different crafts and play simultaneously or turn-based and also you could be the aliens and it should also be like Apocalypse and Silent Storm and Jagged Alliance and Laser Squad  also ponies.

But in all this, there’s one feature that stands out. One that’s been requested for years and years, on the forums, on GitHub, on e-mail, on IRC, on my personal messenger, every day, every week, even right now as I am working on it and people just can’t wait because it’s not finished yet and oh gawd. So here it is: 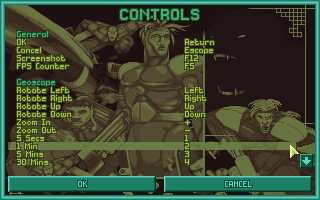 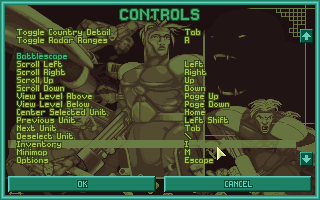 26 thoughts on “The most requested feature”